The ASEAN Solar + Energy Storage Congress & Expo 2018 (ASESCE 2018) was held in Manila on 14 and 15 of November 2018. This is the third organization of this annual event which is considered as the largest congress focusing on solar and energy storage market in ASEAN region., attracting more than 1,000 participants in the field of renewable energy.

This event consisted of a series of panels and discussions. Thereby, representative of SolarBK had participated in the session entitled “Exploring the Potential of Vietnam Renewables with the Next Round of” FIT ” as the speaker.

ASESCE 2018 brought together worldwide speakers to discuss and propose ideas for “green” economic development in the Southeast Asian market in the future. As a result, this event positioned the current state of the solar energy sector in this region: challenges – opportunities in the fast-paced technological era and also provided information on solar and energy storage market in Southeast Asian countries, particularly in the Philippines, Thailand, Vietnam, Singapore, and Malaysia. 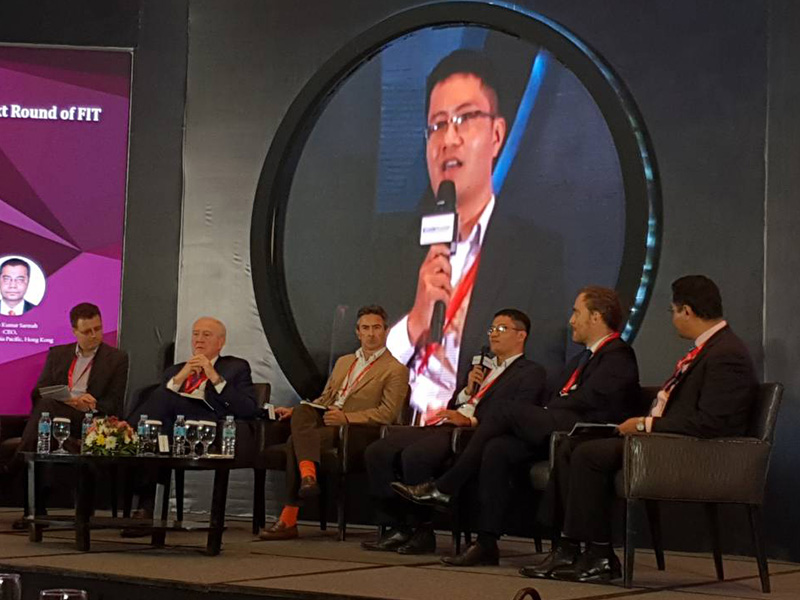 Mr. Mai Van Trung – Business Development Director of SolarBK and representatives from developed countries in renewable energy such as Hong Kong, Singapore, Ireland, and the Philippines together had participated in the discussion on the solar energy sector in Vietnam. Specifically, Mr. Trung had provided information on the renewable energy market status in Vietnam and shared some key operating activities of SolarBK after the introduction of FiT (feed-in-tariff) policies from the Vietnamese government.

SolarBK came to ASESCE 2018 with the purpose of sharing experiences in the implementation of local micro-grid projects, thereby opening up opportunities for cooperation and deployment of micro-grid projects in Vietnam. Moreover, this was also an opportunity for SolarBK to learn from achievements of other countries as well as to listen to the predictions and opinion on the Vietnamese market.

ASESCE 2018 gave an overview of the solar power development in Southeast Asia through reports, analysis, and forecasts in the near future. This event was not only a prestigious forum connecting and facilitating the network among businesses in the solar energy sector but also an information source for providing practical experiences on micro-grid projects and energy storage system.
From the valuable information collected after this event, SolarBK intends to study the trend of investment in energy storage systems to optimize the abundant solar energy resources in Vietnam. In addition, SolarBK will also choose the right partner to cooperate and invest in deploying offshore micro-grid projects and building energy storage system to increase the stability of the local electricity grid and to benefit domestic customers.

Thanks to the presence of SolarBK, this session has captured the general picture of the solar energy industry in Vietnam. In addition, the importance of the energy storage system mentioned at this event is worth considering and probably will become the trend for domestic clean energy businesses in the coming years. It is also a nudge for the government to keep launching more incentive schemes for clean energy in Vietnam.

It can be said that SolarBK being chosen to contribute to this great event was due to the foundation of 40 years researching in clean energy and the ownership of the solar panels manufacturing complex with a capacity of 500 MWp per year. Last but not least, SolarBK is well known for the large micro-grid projects such as the project of 48 islands of Truong Sa Archipelago and and DK1 rigs, the project of Son Cha island – Thua Thien Hue Province and the project of Me island – Thanh Hoa province. 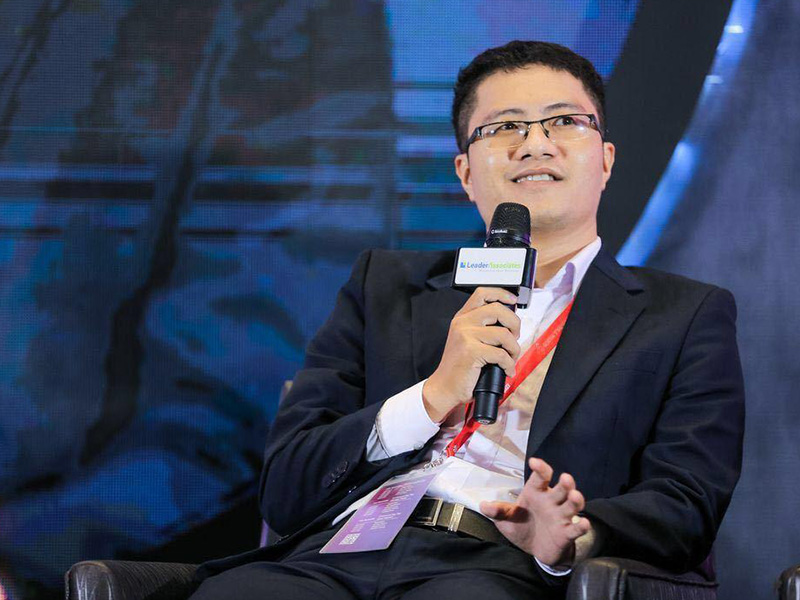 FiT is the key for ASEAN solar energy market

In terms of the regional market, it is undeniable that FiT policy is the wings for the development of the solar energy sector in Southeast Asia.

Thailand – the largest solar producer in Southeast Asia with strong government support – has installed the total of 2,800 megawatts solar capacity by 2016, which is higher than those of all other Southeast Asian countries combined.

Singapore has the leading position in technology with their focus in research and development. The country has invested over $700 million in strengthening innovation capacity in clean energy, smart grids, and energy storage.

The Philippines is growing rapidly after the introduction of FiT. Kicking off with the installed solar capacity at 62 MW in 2014, the number was increased to 603 MW by 2016 and made the Philippines to the top 10 of the world’s market.

More opportunities than challenges in Vietnam

In Vietnam, the economy is booming with the annual GDP growth of 6.7% per year, all economic sectors have strongly developed so that the energy demand for economic-social development is growing (by 10% per year). As the overall demand for energy increases, the demand for renewable energy in general and solar energy, in particular, will be boosted.

The potential of solar energy development in Vietnam, especially rooftop PV, is huge not only for domestic project developers but also for foreign partners and investors to enter this market and seek opportunities. According to statistics, there are over 24 million households in Vietnam, for particular Ho Chi Minh City there are 277,000 roofs eligible for solar power installation, estimated system capacity of 6,000 MWp can be put into operation.

The FiT policies have just been established in Vietnam since 2017. Although the price for clean energy is still lower than many other countries in the region, Vietnam will soon catch up with the growth thanks to the increasing energy demand as well as its natural advantages and the dynamic nature of domestic firms. Not to mention, the cost of investment is getting affordable for the Vietnamese people while the cost of solar energy has been reduced by more than 60% compared to 5 years ago and the payback period is only around 5 years.

In order to solve the problem of energy for economic development, Vietnam is developing policies in two directions, one is using energy efficiently and the other is using environmental-friendly technology for energy generation. By that means, Vietnam is heading to be a low-carbon economy, changing production model and electricity consuming to the sustainable way; shifting from the inefficient use of fossil fuels to the effective use of renewable energy source.

Founded in 2006, based on 40 years of scientific research from Bach Khoa University professors and scientists, SolarBK Holdings becomes the leading company in researching, developing and supplying renewable energy products and plans in Vietnam (solar energy and wind energy). Products of SolarBK all achieve international certifications to satisfy domestic demand and are exported to America, Tunisia, Turkey and other countries in Europe.

SOLAR POWER “MADE IN VIETNAM” IS SUPPORTED IN ...

On July 3, 2019, at Tong Hong Vietnam Tannery, specializing in manufacturing sports shoes (at Lot II-1, My Xuan A2 Industrial ...